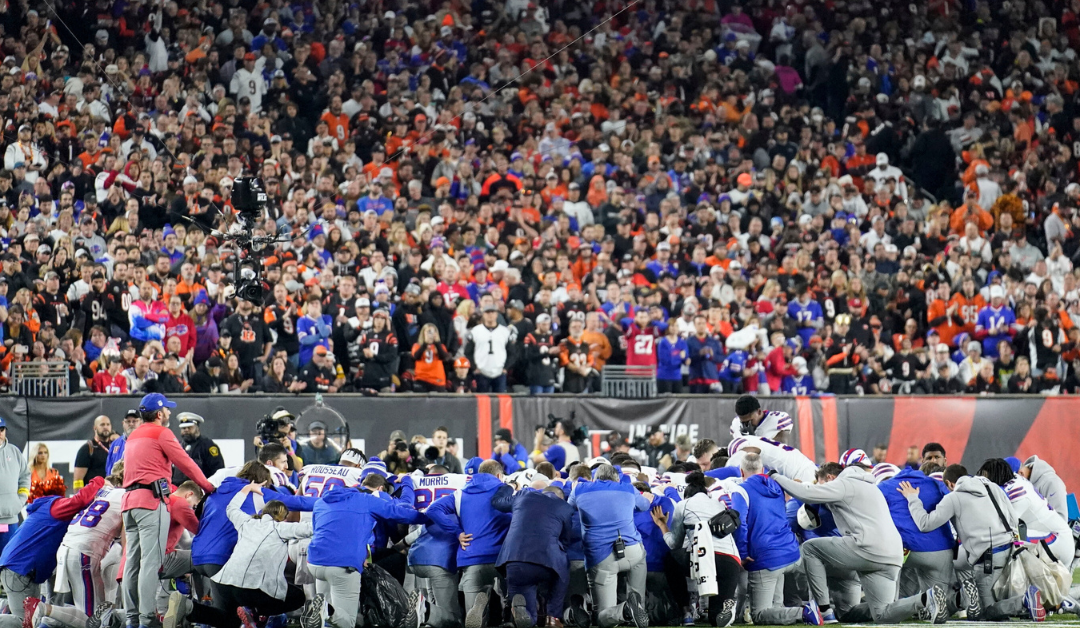 On January 2, 2023, Damar Hamlin, a safety for the Buffalo Bills, collapsed on the field during a playoff game against the Cincinnati Bengals. The cause of the collapse was later determined to be a cardiac arrest. Hamlin was rushed to the hospital in critical condition, where he received CPR and other life-saving measures. According to Dr. Robert Segal, Founder and Cardiologist at Manhattan Cardiology, CPR is the most effective way to treat cardiac arrest, but it must be administered quickly in order to be effective.

In the case of Damar Hamlin, his cardiac arrest appeared to be caused by Commotio cordis. Commotio cordis (Latin, “agitation or disruption of the heart”) is an often lethal disruption of heart rhythm that occurs as a result of a blow to the area directly over the heart (the precordial region) at a critical time during the cycle of a heartbeat. It is not clear how long it took for Hamlin to receive CPR or how much time elapsed between his collapse and his arrival at the hospital. However, the fact that he is in critical condition suggests that the cardiac arrest was severe and that he may have gone without oxygen for a significant period of time.

Cardiac arrest is a serious medical emergency that occurs when the heart suddenly stops beating. It can be caused by a number of factors, including coronary artery disease, heart attack, and abnormal heart rhythms. The most common symptom of cardiac arrest is sudden collapse, often accompanied by a loss of consciousness and the absence of a pulse.

According to Dr. Segal, the chances of survival for someone who experiences a cardiac arrest depend on how quickly they receive treatment. CPR, which involves manually pumping the chest to help circulate blood, can be life-saving if administered within minutes of the cardiac arrest. The faster CPR is administered, the better the chances of survival. In addition to CPR, an automated external defibrillator (AED) can also be used to shock the heart back into a normal rhythm.

The news of Damar Hamlin’s collapse has raised concerns about the safety of football and the risks that players face on the field. While the NFL has implemented various measures to try to reduce the risk of injury, accidents and medical emergencies like this one can still occur.

It’s important to get regular checkups to know whether you may be at risk, especially as you get older. Manhattan Cardiology offers comprehensive heart screenings to allow you to assess your risk and take appropriate action to protect your health. Be sure to schedule an appointment today.