What is Postural Orthostatic Tachycardia Syndrome?

Postural Orthostatic Tachycardia Syndrome (POTS) is a blood flow disorder that causes a sudden spike in heartbeat with no change in blood pressure when going from a horizontal or seated to a standing position. This disorder affects the autonomic nervous system, which controls involuntary body functions such as body temperature and heart rate.

What Are The Causes of POTS?

The causes of Postural Orthostatic Tachycardia Syndrome are still not fully understood, and the disorder appears to be affected by a number of factors, which can typically be divided into several subgroups. Types of POTS are frequently categorized as:

POTS can also be caused by an immune system that has been knocked out of balance by an autoimmune condition.

What Are The Signs And Symptoms of Postural Orthostatic Tachycardia Syndrome?

There are a variety of Postural Tachycardia Syndrome symptoms which can range in severity and typically occur when standing after being in a seated or reclining position for a period of time. Most patients with POTS will experience one or more of the following warning signs:

What Are The Risk Factors of POTS?

Postural Tachycardia Syndrome is relatively rare, affecting less than 1% of Americans. It appears most commonly in women, with symptoms typically emerging during or after adolescence. It has also been tied to other medical conditions, including:

Are There Other Related Conditions To POTS?

There are several conditions that may increase the risk of developing POTS symptoms, including:

How is POTS Diagnosed?

If you are exhibiting symptoms of Postural Tachycardia Syndrome, your doctor will begin by doing a detailed review of your medical history and performing a physical examination. A tilt table test is a diagnostic procedure that may be used to monitor vital signs as your body moves from a horizontal to a vertical position.

Many of the diagnostic procedures performed involve ruling out other potential causes of POTS-like symptoms. These include orthostatic hypotension, infections, hyperthyroidism, panic attacks, and severe dehydration. Orthostatic vital signs will be measured, and your doctor may call for further testing such as blood work, electrocardiogram, echocardiogram, or exercise stress testing. Additional, more complicated tests may be needed to identify neuropathy, autonomic dysfunction, or overactivity of the sympathetic nervous system.

What Are Possible Treatments For POTS?

This condition can vary from person to person, and there is no catch-all cure or treatment for it. Your doctor will work with you to create a personalized treatment plan that is designed to reduce your symptoms and restore function. Common non-pharmacological interventions include:

Pharmacological treatment will only be used in situations in which other methods have been ineffective.

Are There Preventative Steps or Measures To Avoid POTS?

The multifactorial nature of POTS means that there is no certain way to avoid it. However, you can often decrease your risk by avoiding stimulants and properly treating and managing any underlying conditions which may be linked to the disorder.

What Are The Risks If POTS Is Left Untreated?

The long-term prognosis for those diagnosed with POTS is unclear, and no deaths caused directly by the disorder have been reported. However, symptoms are unlikely to abate on their own and may have a severe negative impact on your quality of life. One of the biggest risks from untreated POTS is injuries sustained from falls after fainting. 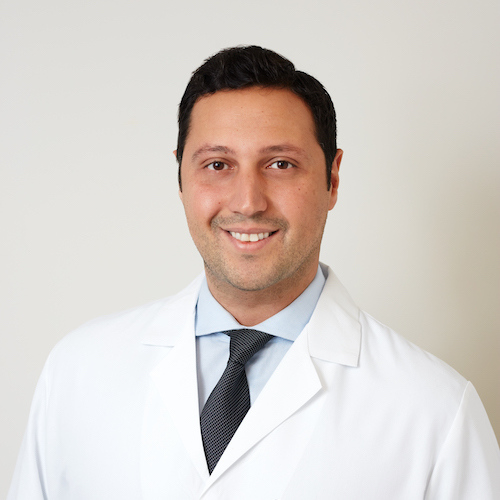 Jossef Amirian, M.D., F.A.C.C., F.A.S.E., C.B.N.C., R.P.V.I. is a compassionate and detail oriented Board Certified Cardiologist. Dr. Amirian is dedicated to the diagnosis and treatment of all aspects of cardiology with a particular interest in heart disease, preventative health, cardiovascular imaging and peripheral vascular disease.... Learn More »