What is Sudden Cardiac Death Screening? 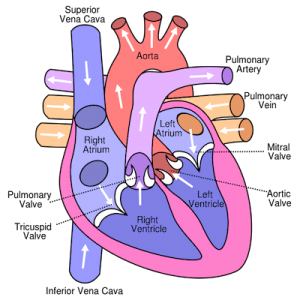 Sudden Cardiac Death (SCD), also known as cardiac arrest, is an unexpected death that occurs as a result of a malfunctioning in the heart’s electrical system. Death occurs within an hour of the onset of symptoms. These symptoms can result from heart disease which could be known or unknown prior to the SCD.

Most often, an SCD results from ventricular arrhythmias, which is an irregularity in the lower chambers of the heart that causes irregular beating in those areas.

According to a report by American Heart Association, SCD is the leading cause of death in the U.S., claiming more than 353,000 lives in 2014. This represents about half of all deaths caused by heart disease in the U.S.

The most common cause of cardiac arrest in adults is Ventricular Fibrillation (VF). This is an arrhythmia that causes rapid chaotic contraction pattern in the heart ventricles, stopping the heartbeat.

If a patient collapses as a result of VF, immediate (within minutes) restoration of normal circulation is critical––a process known as defibrillation. However, patients aren’t always within reach of emergency care and defibrillation. Thus, the next best option is preventative therapy.

Is it the same as a heart attack?

Essentially, SCD is an electrical disturbance and is therefore not a heart attack (myocardial infarction) though. A heart attack is a sudden blockage in the coronary artery (the artery that supplies blood to the heart), causing a malfunction of the heart muscle. If a cardiac arrhythmia occurs, SCD could result. This can happen within minutes or hours of a heart attack.

What are the risk factors?

There are varied causes of SCD. Most commonly, it results from Coronary Artery Disease (CAD). People with a history of heart attacks and structural heart disease are at a higher risk of suffering an SCD.

But people with a history of structural heart disease and heart failure not related to CAD may also have an increased risk of SCD. If heart rate is significantly depressed (as measured by Ejection Fraction), a patient without ACD may still be at risk for SCD.

Because cardiac arrest is so fatal, it’s important to know what causes it in the first place and have regular SCD screenings.

New diagnostic technology can predict those who are at risk of life-threatening ventricular arrhythmias that can cause SCD. 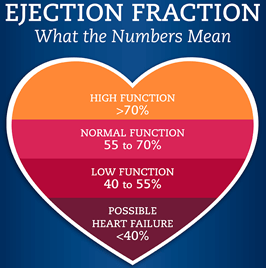 As mentioned, if the heart has a poor pumping function, it could be a predictor of an impending SCD. At Manhattan Cardiology, one of the very first tests we conduct is the Ejection Fraction to determine that the heart is pumping as it should (the normal reading is 55%). This assessment is done using either of the many tests available. They include an echocardiogram (heart ultrasound), cardiac MRI (or CT scan), MUGA scan and nuclear stress test.

If your EF falls below 35%, we report the possibility of an SCD over the next several years and recommend an Implantable Cardioverter Defibrillator (ICD). This is for primary prevention and will prevent future occurrence of SCD that may be caused by an arrhythmia.

As noted earlier, the primary treatment of a VF is immediate defibrillation to save the patient’s life. Most of the victims of SCD die before they get to the hospital. If you suspect an SCD, call 911 immediately. The first sign is usually fainting. You may also experience a loss of heartbeat or pulse. Some people experience a racing heartbeat or dizziness before they lose consciousness (faint). Chest pain, nausea, vomiting or shortness of breath are also symptoms in some people.

The ultimate preventative measure of VF and SCD are proper screenings and controlling the risk factors that lead to CAD and subsequent heart attacks.

Together, we can help save more people dying from SCD. Manhattan Cardiology’s mission is to lessen the impact of Sudden Cardiac Syndrome through the application of non-invasive technologies that help identify individuals at the risk of life-threatening arrhythmias. And because there are several insurance companies that don’t reimburse for the MTWA test, we’ll verify screening benefits with your insurance carrier prior to scheduling to confirm coverage and any out-of-pocket expenses.

Think you may have had Coronavirus (COVID-19)?

Please book an appointment or chat with us to determine eligibility.