One of our Cardiologists and co-founder of LabFinder, Rober Segal, MD, was quoted in a Healio article about cardiovascular disease risk in athletes. 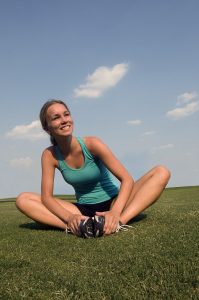 Researchers found that 11% of “master” athletes had CVD, according to a study recently published in BMJ Open Sport & Exercise Medicine.

“I noticed that young, fit individuals were having heart attacks and I wanted to know why,” Barbara N. Morrison, PhD student in experimental medicine at the University of British Columbia in Canada, told Healio Family Medicine.

Researchers performed preparticipation screening on 798 master athletes who had engaged in moderate to vigorous intensity physical activity at least 3 days per week during the previous 3 months. The screening included the American Heart Association’s 14 element recommendations, an ECG and Framingham Risk Score.

Morrison noted that though using imaging tests would have been ideal, the lack of sufficient evidence justifying the tests’ use, as well as the tests’ potential risk, cost, and time commitment negated this possibility.

Morrison and colleagues found that CVD was detected in 11.4%, with coronary artery disease being the most common diagnosis (7.9%). In addition, 8.5% of all participants had Framingham Risk Scores of greater than 20%, and 90% showed no CVD symptoms. Researchers found that 11% of “master” athletes had CVD, according to a study recently published in BMJ Open Sport & Exercise Medicine. “Notably, 10 participants had a blockage of 70% or greater and did not have any symptoms,” Morrison said as she discussed the results.

“While we know exercise is good for us and can prevent a range of health problems and disease, we found that middle-aged athletes are not immune to cardiovascular disease,” she added.

The findings in this study correlate with other research that has shown the number of factors that contribute to a patient’s CVD risk, according to Robert Segal, MD.

Think you may have had Coronavirus (COVID-19)?

Please book an appointment or chat with us to determine eligibility.